Arc’teryx, a company that got its beginnings in shells and synthetic insulation, has proven they can compete in the down insulation market. When they first started making down jackets, some were probably wondering, did they reinvent the wheel or just make another down jacket with odd-shaped baffles?

Let’s have a look.

The first thing we noticed about the men’s Arc’teryx Cerium LT Hoody is that it looks like any other down jacket. But the comparison ends there. Made with 850 loft European Goose down, and sporting Arc’teryx’s eye for detail, the Cerium LT Hoody is as impressive as it looks.

As we know, the problem with down is that it is not warm when wet, hence our love of synthetic insulation. To get around this problem Arc’teryx used Coreloft synthetic insulation in all the areas prone to moisture buildup. The area around the mouth is filled with Coreloft, as are the underarms, wrists and shoulders, meaning these areas can get wet without any detriment to your warmth.

Articulation has always been a priority for Arc’teryx, and the Cerium LT does not disappoint. Unlike many down jackets on the market, if you lay this one down flat on a table it will not look like a gingerbread cutout. The arms of the  Cerium are articulated (pre-bent) at the elbow ensuring it does not restrict your movement in any way while in use. It may seem like a small feature, but you won’t think so when you realize that most jackets do in fact ‘pull’ slightly at the sleeves. We aren’t, after all, built like LEGO people.

When it comes to the hood, I get the impression that Arc’teryx is one of few companies that realize our heads are 3D, and design accordingly. An elasticized hem seals out the elements and a single toggle at the back of the head allows for easy adjustment. Did I mention I loved the hood?

I got to test this on a chilly morning of climbing and bouldering, and it was pretty darn perfect for my needs. We sat around chatting about the routes we knew we couldn’t climb, but said we could, and bumbled our way around walls and boulders throughout the day. Considering its tiny size compressed (a minute stuff sack is included), it was surprisingly warm and offered more than enough warmth for my downtime between climbs.  Its breathability is equally impressive and to see just how good it was, I took it for a spin up a route and never felt flushed from the heat.

For urban use, I am happy wearing it until about -5 degrees Celsius, but for active users in the outdoors (snowshoeing, mountaineering, skiing, etc) I am easily happy to -15 Celsius. Created as a mid-layer to be worn under a shell, or as a stand-alone piece on dry days, the Cerium LT Hoody is a piece that will never make it to the bottom of your gear closet. 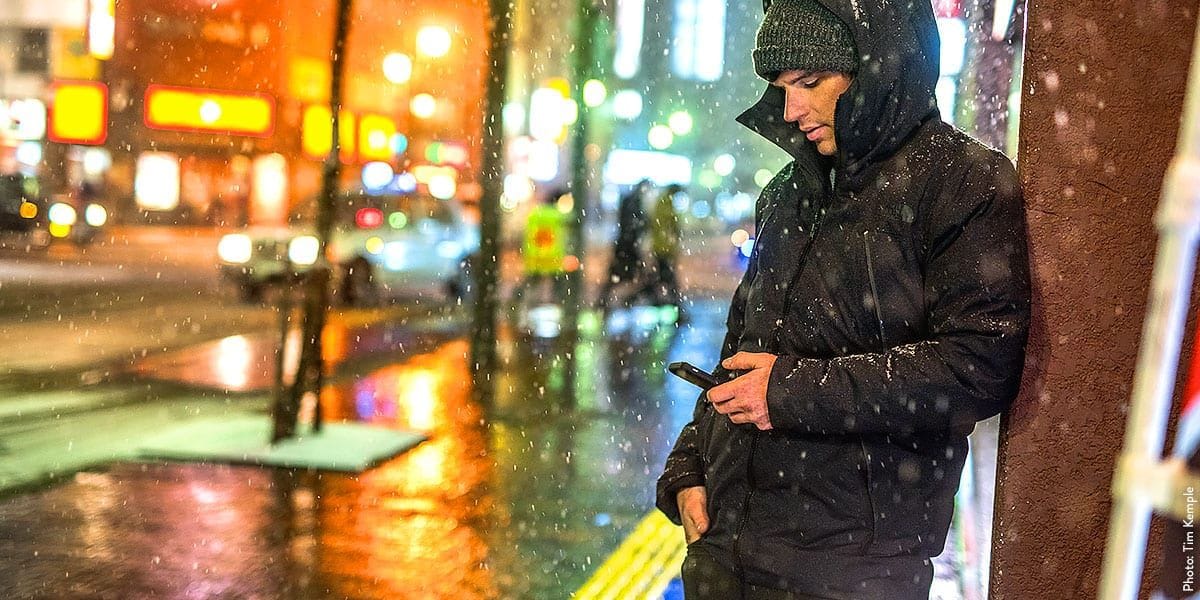