Discover the best places to go cross-country skiing in an around Ottawa and Gatineau. 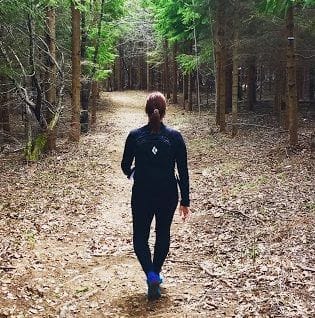 Want to know where to go cross-country skiing in Ottawa? Here are a few of our favourite spots, perfect for escaping into nature, or doing a bit of cross-country after work.

Discover the best places to go cross-country skiing in an around Ottawa and Gatineau.

Want to know where to go cross-country skiing in Ottawa? Here are a few of our favourite spots, perfect for escaping into nature, or doing a bit of cross-country after work.

No need to go off the beaten path to discover snowy landscapes and trails that cut through the woods. The Ottawa and Gatineau regions are full of places to practice cross-country skiing– alone or with the family, beginners and experienced skiers alike have plenty to choose from. Whether you’re in town or in the country, hundreds of kilometres await you if you’re looking to get out into nature.

Where to go Cross-Country Skiing Around Ottawa

Located just west of downtown Ottawa, a short walk from the Champlain Bridge that connects Ontario to Quebec, the trail (known as SJAM) runs along the Ottawa River and offers enchanting views of the area. The trail is well maintained, flat and not very difficult, which makes it a great place for those just starting out.

The SJAM weaves through many of Ottawa’s lively neighbourhoods (beware of the bad people who say there aren’t any…), and makes it easy to grab a beer in one of the many pubs you’ll encounter along the way.

This trail needs no introduction. It’s one of the best cross-country ski spots in the province, and one of the largest in North America. With roughly 200 km’s of cross-country ski trails zigzagging through the woods, it’s an absolute must on the list. There is something for everyone: you’ll find flat trails, trails that make their way through snow-covered cedar trees, and others that plunge into the depths of the ancient Champlain Sea that once covered the region. And with a vertical drop of more than 300 metres, it’s got plenty for the speed enthusiasts to enjoy.

Finally, in addition to the main entrance, there are several points of entry into the park. You can also rent equipment directly at the park’s Relais plein air.

If you want to ski without leaving the city (or going more than 15 minutes from downtown Ottawa), Mooney’s Bay Ski Center is the place to go. It offers a number of well-maintained kilometres to stretch your legs after a long day of work. It might be smaller than some of the other spots, but it has the advantage of being easily accessible. It also offers equipment rentals and hot drinks for those who want to warm up.

We like its well-lit trails, which allow both classic cross-country skiing and skating in the evening.

Just a few steps away from the nation’s capital you’ll find a hotspot for biodiversity and outdoor enthusiasts. More than 7000 years old, the Mer Bleue bog offers a boreal landscape you’d expect to find in the great arctic expanse, and not one you’d expect to find in Outaouais. More than 20 km of groomed trails for cross-country skiing, walking and snowshoeing await you just a short drive from Ottawa.

Internationally recognized but relatively undiscovered by locals, the Mer Bleue ecosystem has everything it takes to be considered one of the best places to cross-country ski near Ottawa.

Both trails are located north of Ottawa and Gatineau. Nakkertok South is in the Cantley region and covers about twenty kilometres. It’s also connected to the Nakkertok Val-des-Monts trail, for those who wish to go further northeast. The two neighbouring destinations have very well-maintained trails for both classic and skate skiing. These destinations are well-known in the region and their trails that wind through the trees attract all kinds of skiers.

Cross-country skiing enthusiasts looking to ski in the Outaouais region and within proximity of our nation’s capital have plenty to choose from. Between Gatineau Park, the numerous trails within the city of Ottawa and the ski clubs in the surrounding forests, there is something for everyone. Share your favourite spots with us in the comments!