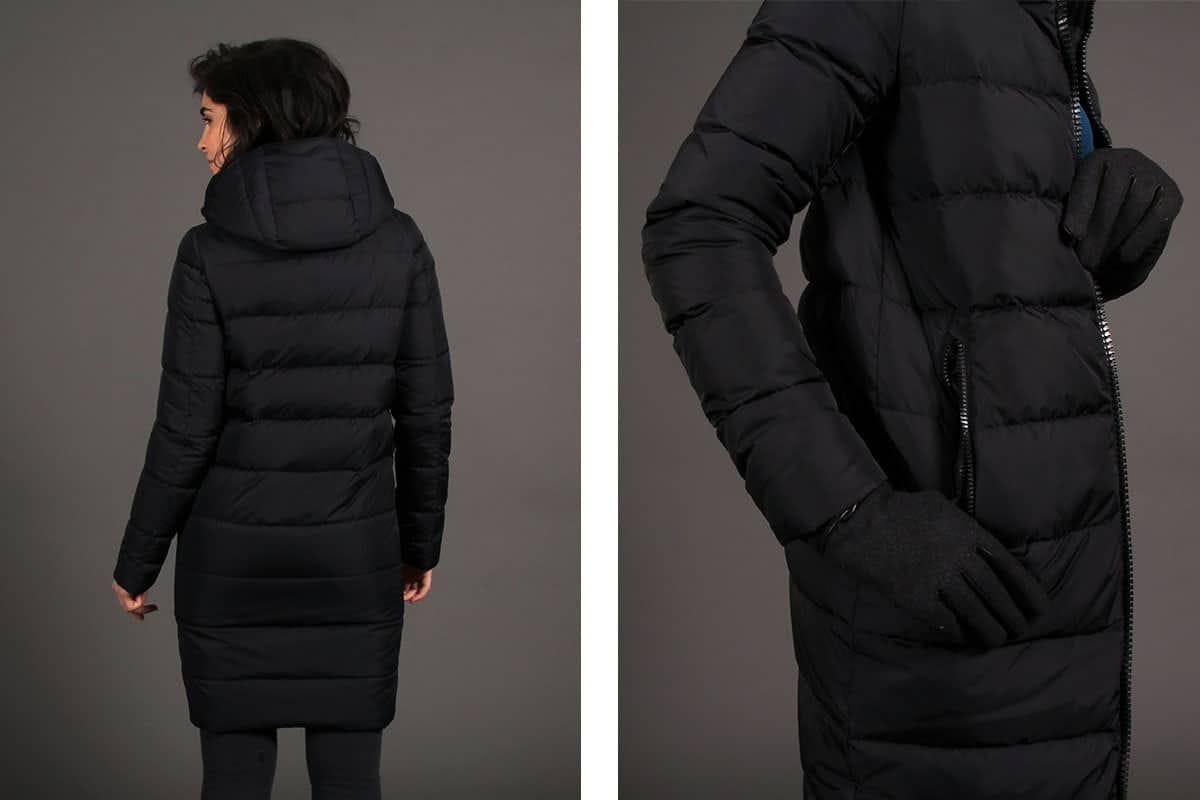 Fine materials, clean lines and sought-after cuts—add a touch of luxury to your everyday life with these 12 high-end clothing brands you must know, and all available on Altitude Sports.

Now known to all, the French brand Lacoste has a well-established reputation in the world of high-end ready-to-wear apparel. Made famous for its polos, Lacoste was founded in 1933 by the tennis player René Lacoste, whom an American journalist called at the time “The Alligator” for his aggressive playing style. Since then, the famous animal has been adopted as the logo proudly seen on all Lacoste products, which are now appreciated internationally.

Vallier is a Montreal-based brand with real international appeal. Their motto, ‘Look closer’ gets you checking out the finer points of each garment. Hidden gems like luxurious machine-washable merino wool, super lofty and warm goose down fill (800 fill power), and rugged Cordura-knit sweaters built to last years take detail to a new level. Absolutely everything is already timeless, classic urban apparel. Better clothes are an investment, and Vallier is an investment that is well worth it.

In more than a century of existence, Tiger of Sweden has always been able to offer high-end products full of style. Although the brand initially started with a focus on making men’s suits, their collection has since varied over the years. Today, you will find urban clothes with a sleek and refined style, whose trendy cuts echo the minimalist elegance that characterizes Scandinavian fashion.

In 19th Century Normandy, Saint James was born. Over the years they’ve become synonymous with the horizontal striping so beloved by French casual style. Long sleeve tops, shirts, and sweaters made of Normandy-sourced wool are the thing for comfortable casual wear with Gallic style and flair – or chic, as they say.

Born in Montreal in 1999, Mackage‘s designs have quickly crossed the Canadian borders to shine internationally. The brand offers clothing and accessories that combine elegance and function with its selection of premium materials. For Mackage, a coat is not only useful: it is an integral part of your outfit.

At the time of its founding, Woolrich sold woollen socks on a cart so we can easily say that the brand has considerably evolved since that time. Over the years, Woolrich has always managed to offer products of impeccable quality, varying the range of its inventory to provide a beautiful collection of high-end clothing and accessories. Woolrich products reflect the brand’s historical identity, which they have adapted to blend into modern fashion.

Founded in 1924, the British brand Belstaff initially focused on motorcycle clothing. The first company to use waxed cotton to make waterproof clothing, Belstaff has earned an excellent reputation in its niche. In recent years, without rejecting its roots, it is positioned on the high-end spectrum of the fashion market, adding a little rebellious touch to the world of luxury clothing.

The rainy climate and Italian geography along Lake Maggiore inspired Giuseppe Marenzi to begin developing the first Herno raincoats. Now, more than 60 years late, these products are well-loved and worn around the world. The brand, now run by the son of the founder, has carved an advantageous place in the world of fashion. Known for his coats combining technical fibres and urban style, Herno has become a master in the art of combining classic and modern in Italian high-end clothing.

Norse Projects has to be on the list of any serious urban fashion fan. The Danish company has a finger on timeless style and simple lines that work in any season. Minimalist is a word used a lot in the fashion world, but Norse Projects are one of the few who have minimalism down-pat. Wear it as streetwear, techwear, or just as great-looking clothes that work – the label will lead urban contemporary fashion for years to come.

Straight out of L.A. with streamlined functional urban wear, Aether has quickly made a name for itself in the fashion world. The co-founders looked to create a collection that, in their words, ‘looked at home in the city but was built to withstand the outdoors.’ Design is king at Aether, with modern classic apparel you can wear in any season. This is city clothing for people who are conscious about durability and the modern aesthetic.

From Glasgow with love comes Ted Baker, quintessential British style in easy-to-wear profiles. The sense of detail, the functional pieces, the apparel that works in every situation – it’s not hard to see why the name is on the lips of those in the know. All this despite no advertising campaigns. But when you are making classic, detailed clothing for the perfect urban look, you let your work speak for you – and Ted’s work speaks volumes.

Who said that an active lifestyle could not mix with a sought-after urban style? With hundreds of urban and technical brands available on our website, Altitude Sports offers a host of products of exceptional quality, including many high-end clothing and luxury accessories. Stay tuned: several new brands will soon be added to our collection.

Techwear is all about functionality. It applies the principles of technical wear to the style of streetwear. These sleek and modern designs are made to hold up against the elements while giving you the ability to move freely through the city. In the past decade, outerwear companies have been taking their technical expertise and applying … END_OF_DOCUMENT_TOKEN_TO_BE_REPLACED

It’s sometimes difficult to predict Mother Nature’s mood, but with the proper wet weather ensemble, you’ll be ready for anything. Slip on the right pair of rain boots and a versatile raincoat and there’s no stopping your urban outdoor adventures from happening.  Having a style in mind always helps, but knowing what you want to … END_OF_DOCUMENT_TOKEN_TO_BE_REPLACED

Spend any time in Tokyo and Japanese fashion rubs off on you. Everyone seems so well-dressed, from straight-laced salarymen to hip Tokyo streetwear aficionados. You get it all – rockabilly biker leather, staggering cosplay ensembles and extravagant lace trim. But the real gem Tokyo style and Japanese brands have to offer is their vision of … END_OF_DOCUMENT_TOKEN_TO_BE_REPLACED

There is 1 thoughts on this article titled “12 High-End Clothing Brands You Must Know”.