When I was in Nunavut in April 2019 on a project for Destination Nunavut I had an opportunity to go fishing for turbot out on Cumberland Sound, near Pangnirtung and just below the entrance to Auyuittuq National Park.  Spring has definitely started to arrive in Nunavut.  The days are long, and the sun is bright.  The temperatures, however, are still well below freezing and the ice on Cumberland Sound, a body of water more than a thousand feet deep in places, is still plenty thick for ice fishing. 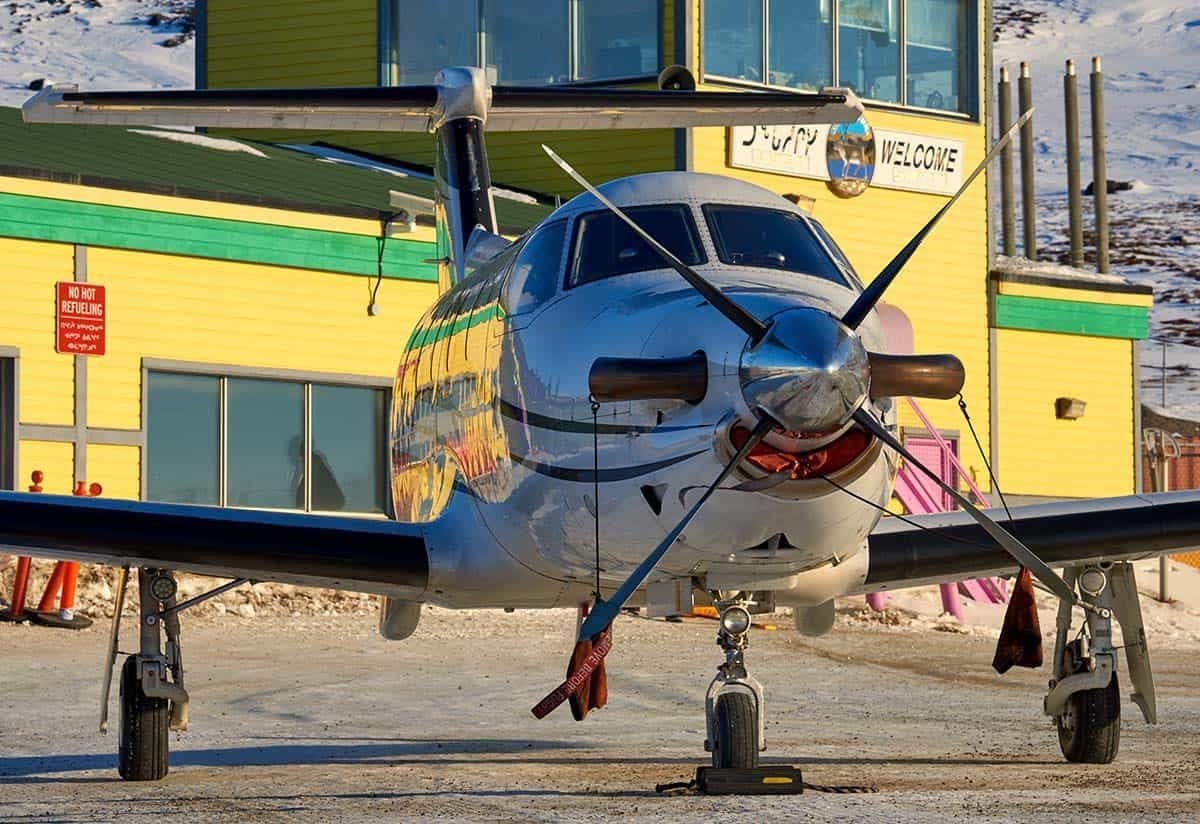 I arrived in the town of Pangnirtung via charter plane from Iqaluit.  The flight is just over an hour long, and the airport sits right on the edge of the water.  Airport formalities are not relevant here, and I walk out of the plane and right off the runway, and down to the ice where I meet Peter Kilabuk and his crew of fisherman.  Peter is from Pangnirtung and knows the area very well.  In the past, he worked as a Park Warden in Auyuittuq National Park and I know that I’m going to have a pretty great day. 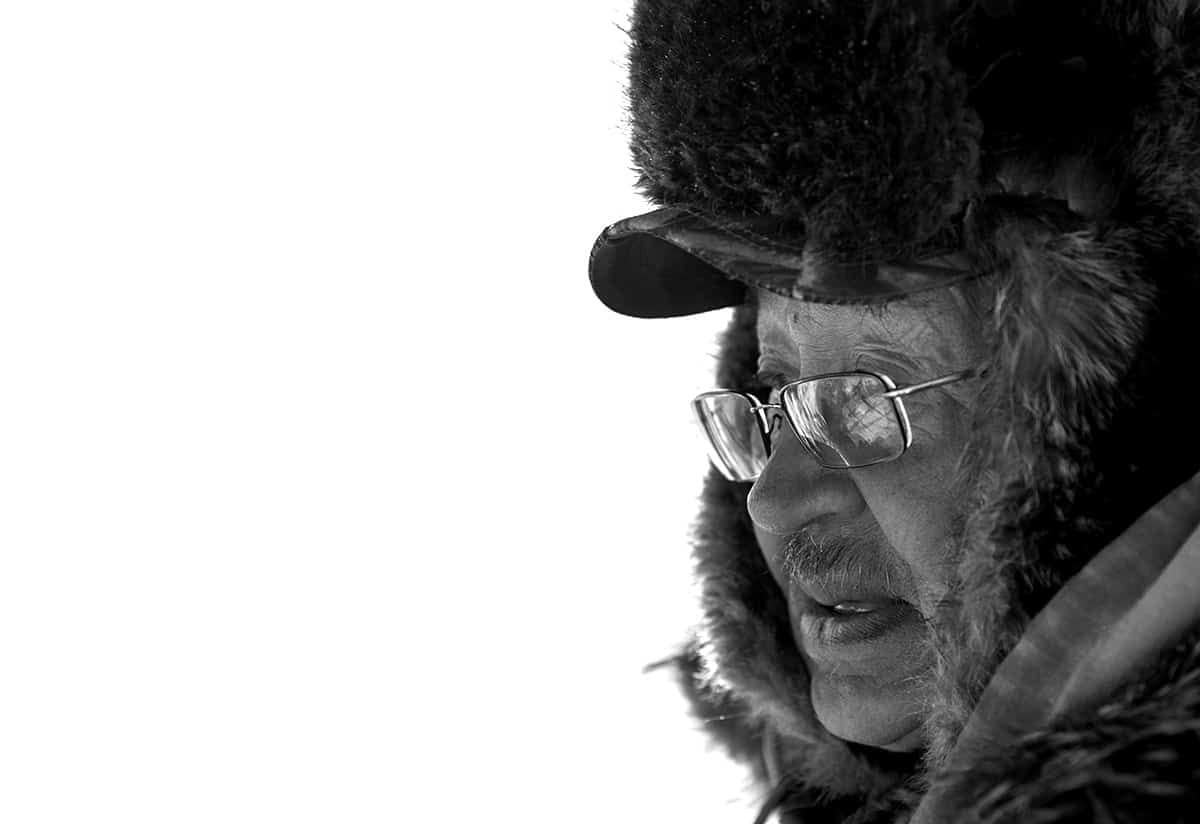 I need to back up a bit, first.  Originally, the plan for Pangnirtung involved going into Auyuittuq National Park. That’s where Mount Thor and Mount Asgard are.  You’ve seen Mount Asgard before if you’ve watched The Spy Who Loved Me.  The ski jump scene in the intro was filmed on it.  Mount Thor, on the other hand, features Earth’s greatest vertical drop at 4,101 feet. Both have been on my bucket list for a very long time. The problem, however, is that the park is closed right now.  There’s simply not enough snow to prevent terrain damage, and Parks Canada is doing the right thing and keeping it off limits.  Not enough snow in the Arctic circle, in April? Climate change is a real thing, folks. 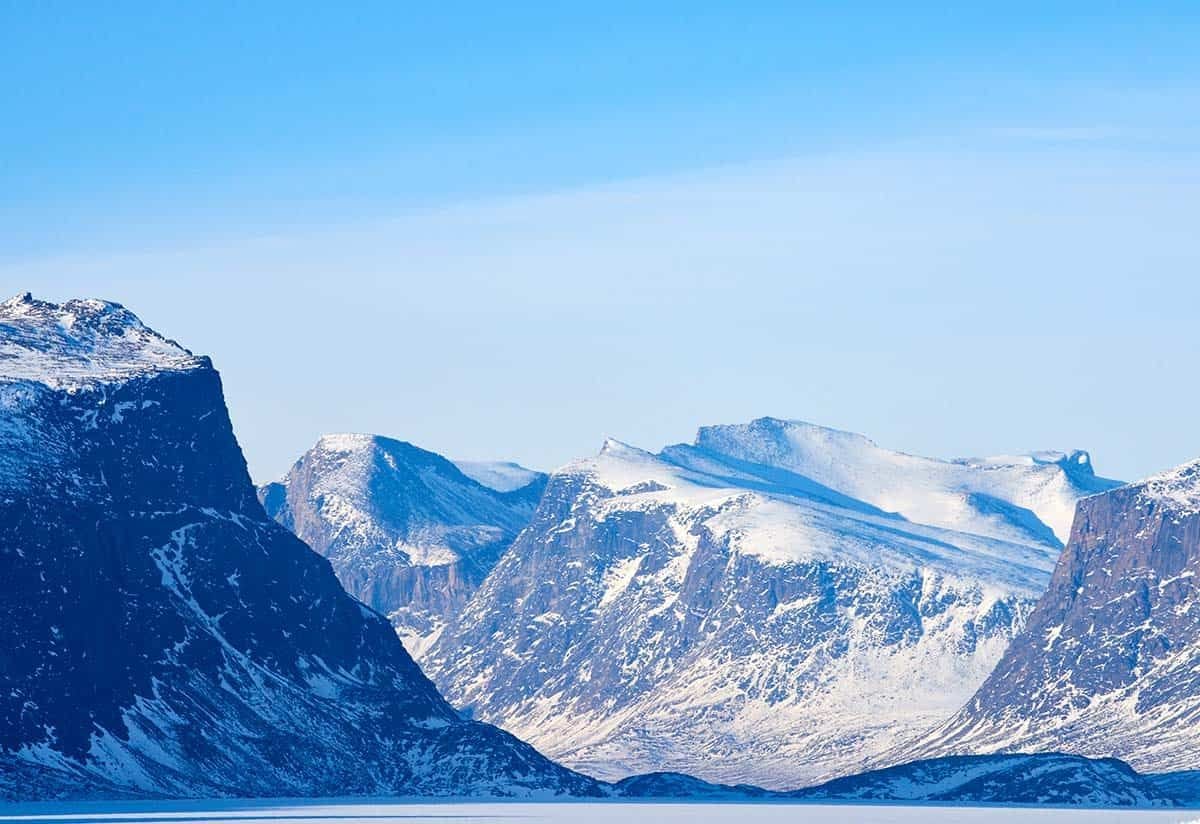 I digress.  Back to ice fishing.  Crews ice fish all winter long, and the process is a lot of work.  We climb onto snow machines pulling qamutiik, traditional Inuit sleds, and head out onto Cumberland Sound to a spot some 20 kilometres away.  Occasionally, we stopped to make sure the ice looked good.  On one occasion a seal was spotted out in the middle of the sound.  We stayed away since the seals surface where the ice is thin. 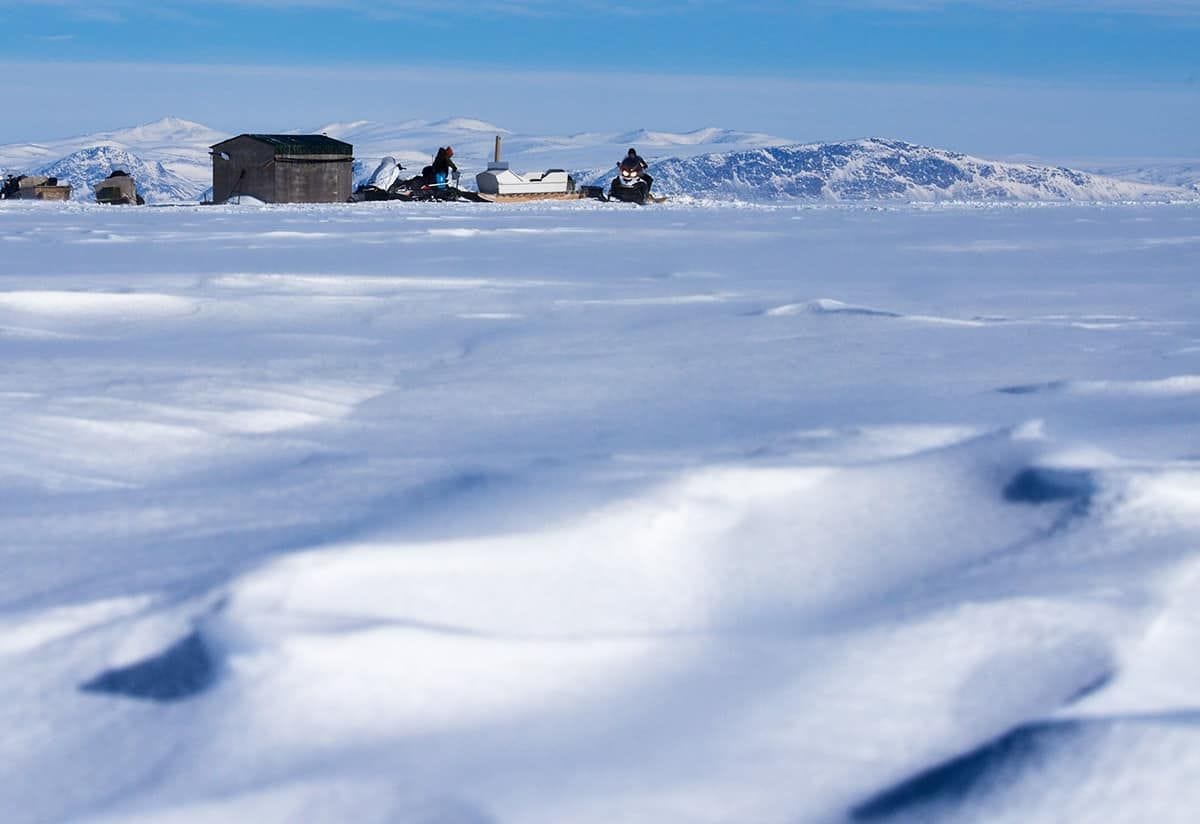 When we arrive at the cabin – itself on a sled so it can be removed at the end of the season – everyone gets to work.  The hole is broken open and small pieces of arctic char are cut up to be used as bait.  More than one hundred hooks are baited on a line that reaches all the way to the bottom of the sound, where the turbot are.  Slowly, the weighted line is lowered into the hole and adjusted so the current carries it along the bottom.  And then, the waiting begins. 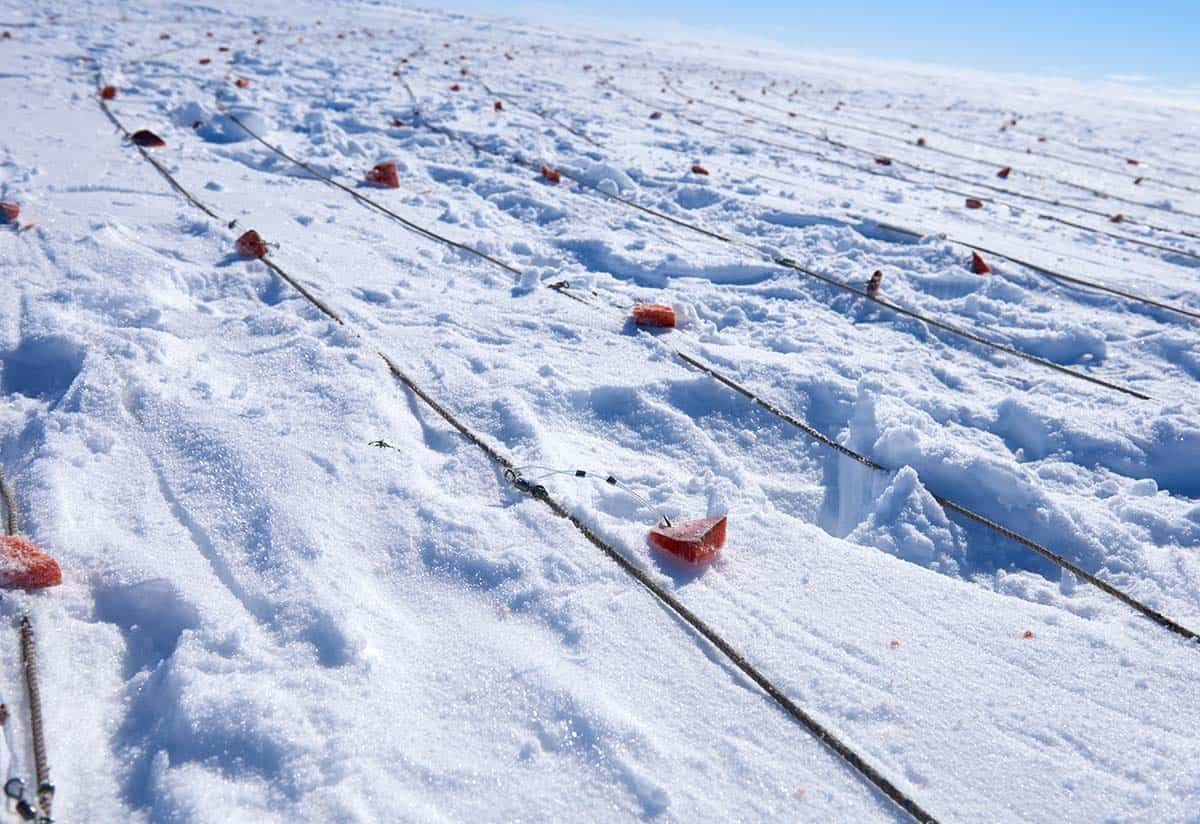 Because this experience wasn’t an overnight one, the plan is to wait about two hours and then haul in the line.  Normally, fishermen will wait as long as 8 hours, even spending the night in the cabin in temperatures below -40° Celcius.  Often, if a line can be set at night, teams will return to Pangnirtung and then return in the morning.  Like I said, it’s a lot of work. 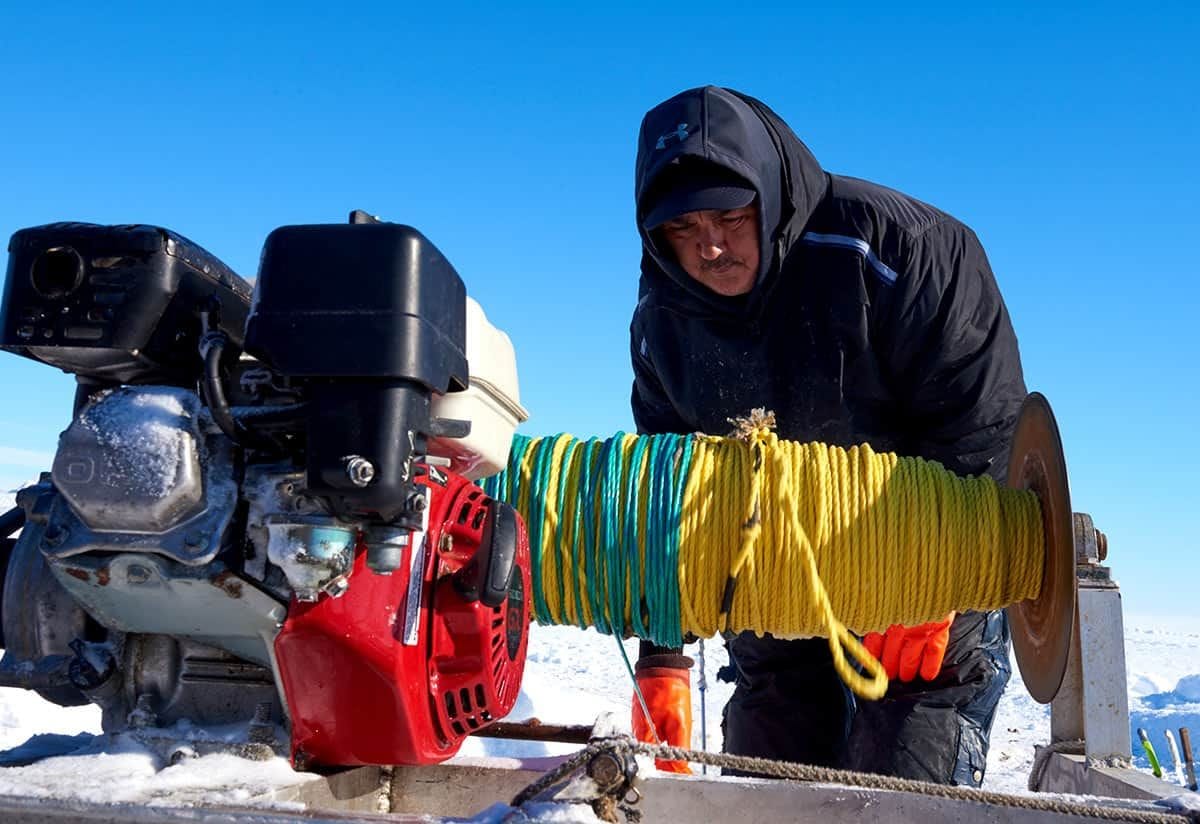 After two hours, the process of bringing the line back up begins.  Nowadays it’s done with a small gasoline engine, but it used to be done via hand crank.  The line is extremely heavy, especially if there are fish on it. In this case, we end up with more than 40 turbot, all of which are cleaned and filleted right there on the ice and packed up, to be brought back and sold. 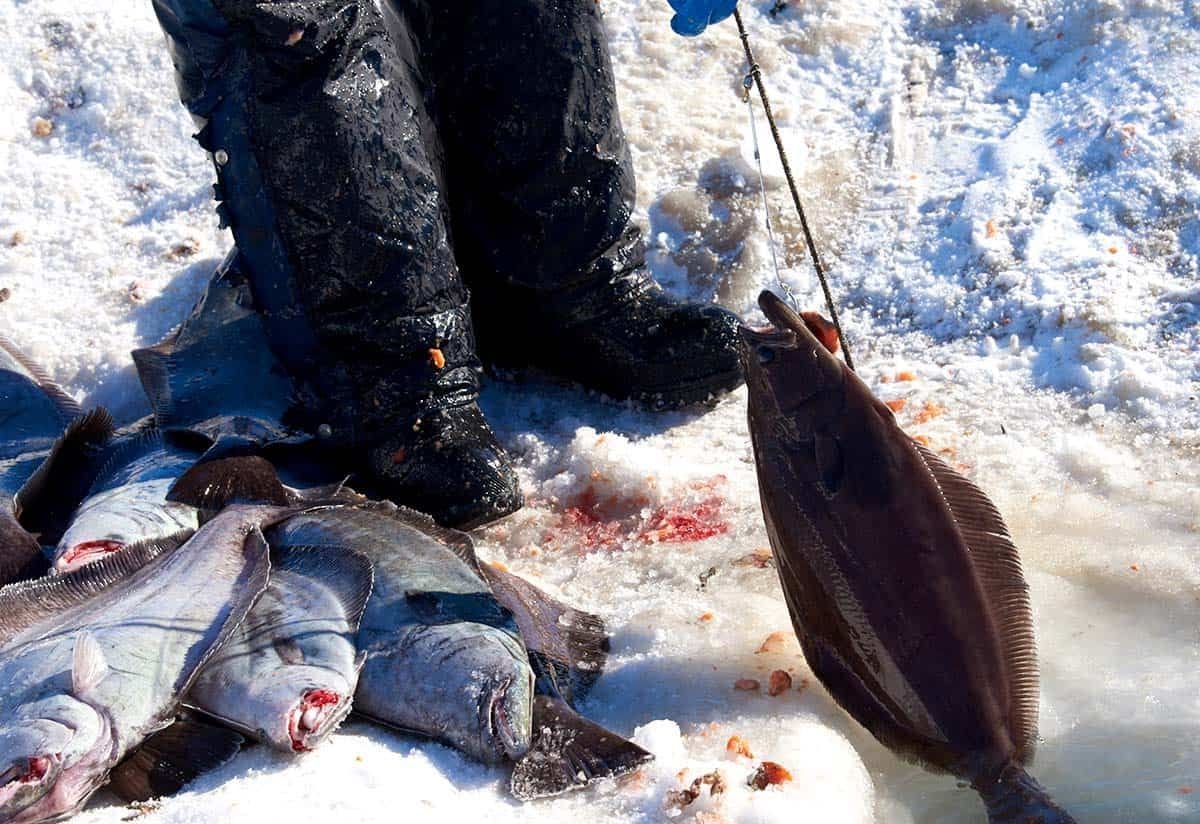 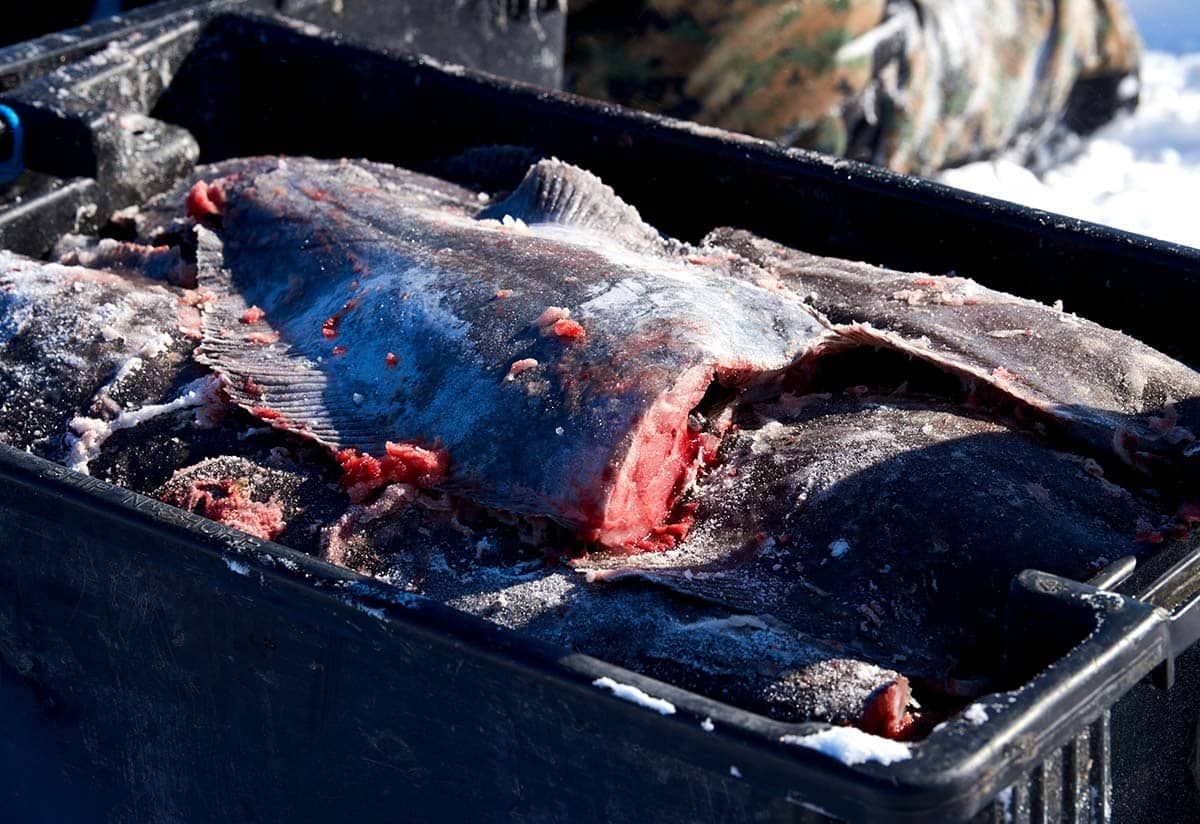 The whole day was an experience I’ll not soon forget.  I felt very privileged to have been able to do this, apparently, it’s not something that visitors to the region usually get to experience.  I came away with a better sense of understanding why First Nations communities feel so connected to the land they share, and some knowledge about why it’s so important that we all work together to protect it. I am very much looking forward to going back.

Most Popular Winter Boots for Women

There are 3 thoughts on this article titled “Ice-fishing on Cumberland Sound”.

Thanks for posting a story about icefishing in Canada’s far north. I had been very curious and it was neat to see this species of fish known as a turbot. It reminded me of a halibut.

Most Popular Winter Boots for Women