Salomon is best known for their trail running shoes. Ever been to a trail race? Most athletes will be sporting Salomons. It’s not for nothing they’re a major player in that universe. Over the last couple of years, Salomon is being seen in a distinctly different environment: the city. From Montreal’s hip Mile End to the runways at Paris Fashion Week, you see them hitting the pavement everywhere.

During our visit to Salomon HQ in Annecy, France, we had the pleasure to talk about this phenomenon with Jean-Philippe Lalonde, the Lifestyle Footwear Program Manager.

Altitude Sports: How were you approached by Salomon?

Jean-Philippe Lalonde: I was in the right place at the right time. On a flight to Vancouver, someone from the Salomon team spoke with me. Once at the hotel, I went down to the lobby to eat and Julien Traverse (former manager of Salomon’s Lifestyle division) greeted me. He thought I was someone else, but despite that, we had a great chat and hung out. One thing led to another, and he asked me to apply for the Product Line Manager position in Salomon’s Lifestyle division. Four months later, I’m here in Annecy. Let’s say it was a little bend in my life’s path.

Altitude Sports: How did Salomon break into the Lifestyle Sneaker world?

Jean-Philippe Lalonde: We could say the first real Lifestyle project was the collaboration with The Broken Arm (a Parisien fashion boutique) in 2015. After a few tries, they not only got (the Snowcross) into the boutique but also got to know Julien Traverse, who was running Salomon’s Lifestyle program then, despite the low profile of the program at the time. They created a Snowcross like they wanted to, in an exclusive colourway. It was a big hit. That’s when I became aware of Salomon in the world of sneaker fashion. The project became a high-impact one: Salomon had started something new. I started in October 2016, and we launched projects with The Broken Arm and Boris Bidjan. I hit the ground running and Salomon let me manage these projects to the end. 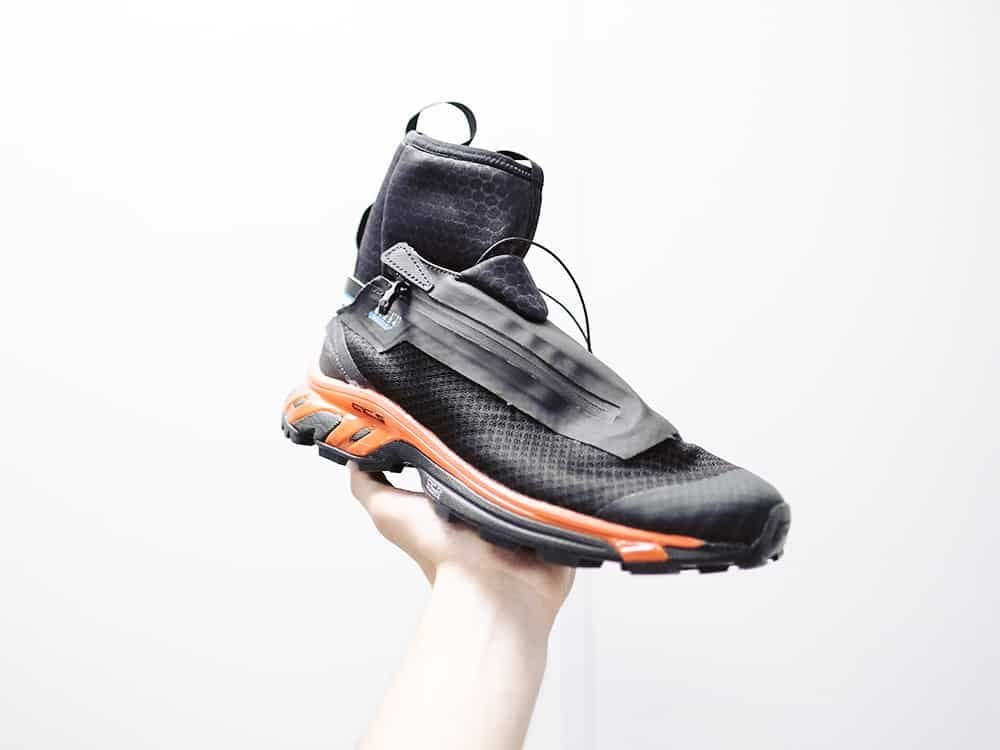 Altitude Sports: The Black Edition is the first Salomon Lifestyle launch we’ve ever had at Altitude Sports. What’s the story behind the collection?

Jean-Philippe Lalonde: The whole thing started with The Broken Arm. We launched the first exclusive Snowcross and it was a hit. Then we rolled out the Black Edition. All the models are interesting, they’re in fact S/Lab shoes we redo in black. We didn’t really have a precise strategy at first, but these are very high-performance shoes that we were going to re-issue for our fall 2018 collection. The first shoes in the collection were launched at the beginning of June. What’s cool is that Black Edition didn’t just make some noise with the general public, but also with creators and designers.

Altitude Sports: Ralph Lauren wears Salomons, and there’s a GQ article about Salomon’s impact on the fashion world. We can feel the momentum building. How have you handled the increased publicity?

Jean-Philippe Lalonde: I’m going to answer you a bit differently. When I started, my goal was to create the sneakers I wanted to wear. It wasn’t the most obvious thing at Salomon, because there wasn’t anything that really grabbed me at first. I reached my goal pretty quickly and had to think of another one. So I decided on sneakers my friends would want to wear! I went for a little more of a commercial style in the end.

What was really great was that Salmon’s management was very open. They understood from the start this wasn’t a rush project or overnight success thing: luckily, we had time to do things right. Slowly but surely, we got our fundamentals right and took time to curate the right dealers. Some stylists started to get interested in our projects and noticed our models in all sorts of publications.

Rachael Rodgers, a top stylist out of Berlin, became a kind of ambassador for us and regularly touts our shoes. Alec Leach, the fashion editor at High Snobiety, is also a fan, and he wore Snowcross all last winter and at all the fashion weeks he was at, like Berlin and Paris. He really created a following for the shoes. Boris having our shoes on the runway every season is a big plus. There’s also the French designer Marine Serre, who won the LVMH prize for top emerging designer. She had our mesh shoes at her Fall 2018 show. And we know that there are key players in the fashion community wearing our shoes. After all, this, when we go to fashion shows, we see the buyers already wearing our products! 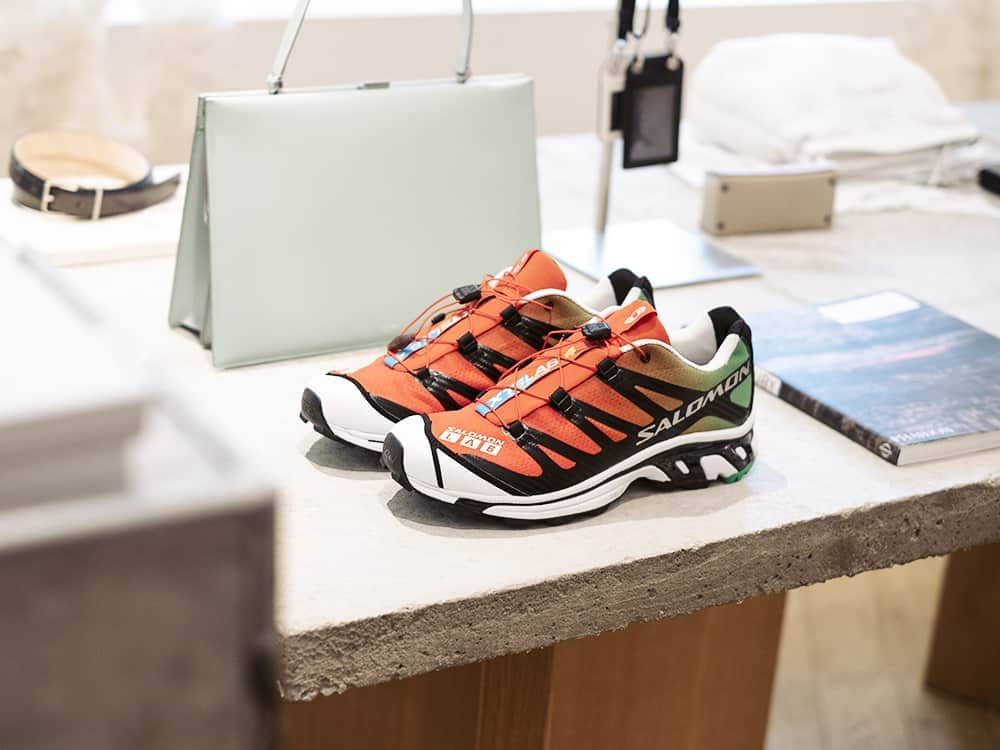 Altitude Sports: How do you explain this infatuation?

Jean-Philippe Lalonde: There’s a real desire for shoes that work well in daily life. We saw that fashion-oriented shoes didn’t answer comfort or protection needs, for example. People want comfortable shoes, and sneakers are what I call an accessible luxury. You can change everything about your look just by changing your shoes. It’s become the main preference for urban consumers. There’s a demand for a new kind of product, at once fashionable and outdoors-y, and for new brands. Salomon was not on the fashion world radar until recently, but now we’re becoming something big.

“We saw that fashion-oriented shoes didn’t answer comfort or protection needs, for example. People want comfortable shoes, and sneakers are what I call an accessible luxury. You can change everything about your look just by changing your shoes. It’s become the main preference for urban consumers. There’s a demand for a new kind of product, at once fashionable and outdoors-y, and for new brands.” 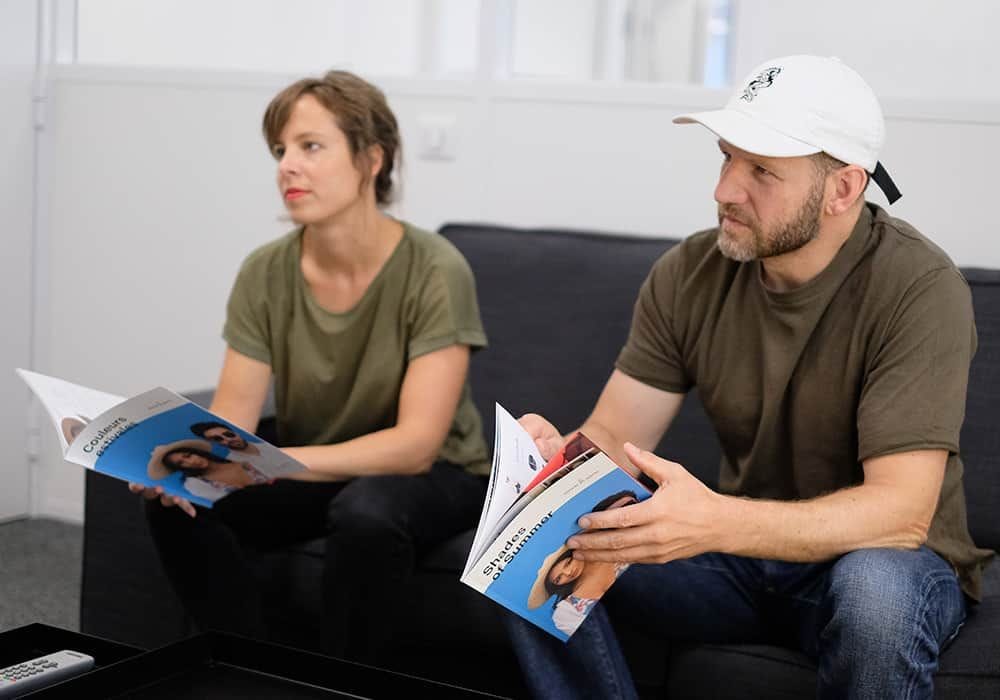 Altitude Sports: Can you talk about the roles of your team members?

Jean-Philippe Lalonde: I share my daily workload with my two-person team, Ryan and Maëlle. Ryan is our footwear designer, he’s the one who makes my visions reality. Maëlle is our critical link in the chain. She’s the developer and communicates between Salomon here in Annecy and our Asian factories. She’s also out team organizer. Without her, everything would be pretty chaotic, as Ryan and I tend to work intuitively. Maëlle organizes us, steers us to safe harbor, and most importantly reminds us to stick to our schedules! We work in our micro-team, like a startup nestled inside a big corporation.

Altitude Sports: And what does the future hold? The next steps?

Jean-Philippe Lalonde: Outdoor shoes in urban settings is not a passing fad. It’s something that’s establishing itself as permanent, with its own identity. Like basketball shoes a few years ago, which were the big thing. Then racing runners. Now, outdoor shoes and trail runners are carving out their own niche in the market. I see a very promising future for this kind of shoe! What’s good about Salomon is we’re not trying to reinvent ourselves: this is already part of our DNA. It’s authentic – we’re not trying to create something that doesn’t correspond at all to Salomon.

“Outdoor shoes in urban settings is not a passing fad. It’s something that’s establishing itself as permanent, with its own identity.”

Altitude Sports: When we look ahead, we see some of your line is collaborations and some is part of your collections. What more can we expect?

Jean-Philippe Lalonde: I’ll split my answer into three parts. First, there’s what we call Salomon Advanced, which are progressive models of our shoes. Then we have collaborations with Boris and The Broken Arm, so all the fashion collabs; and there’s another line which is about sports collaborations, like what we did with Satisfy Running and District Vision. For the Advanced file, it’s something that’s going to grow. At the moment, we’re working a lot with our archives, but we want to create new models in this category in the future. These will be hiking and trail running models. Again, the idea is to keep Salomon’s authenticity, but with a new interpretation. 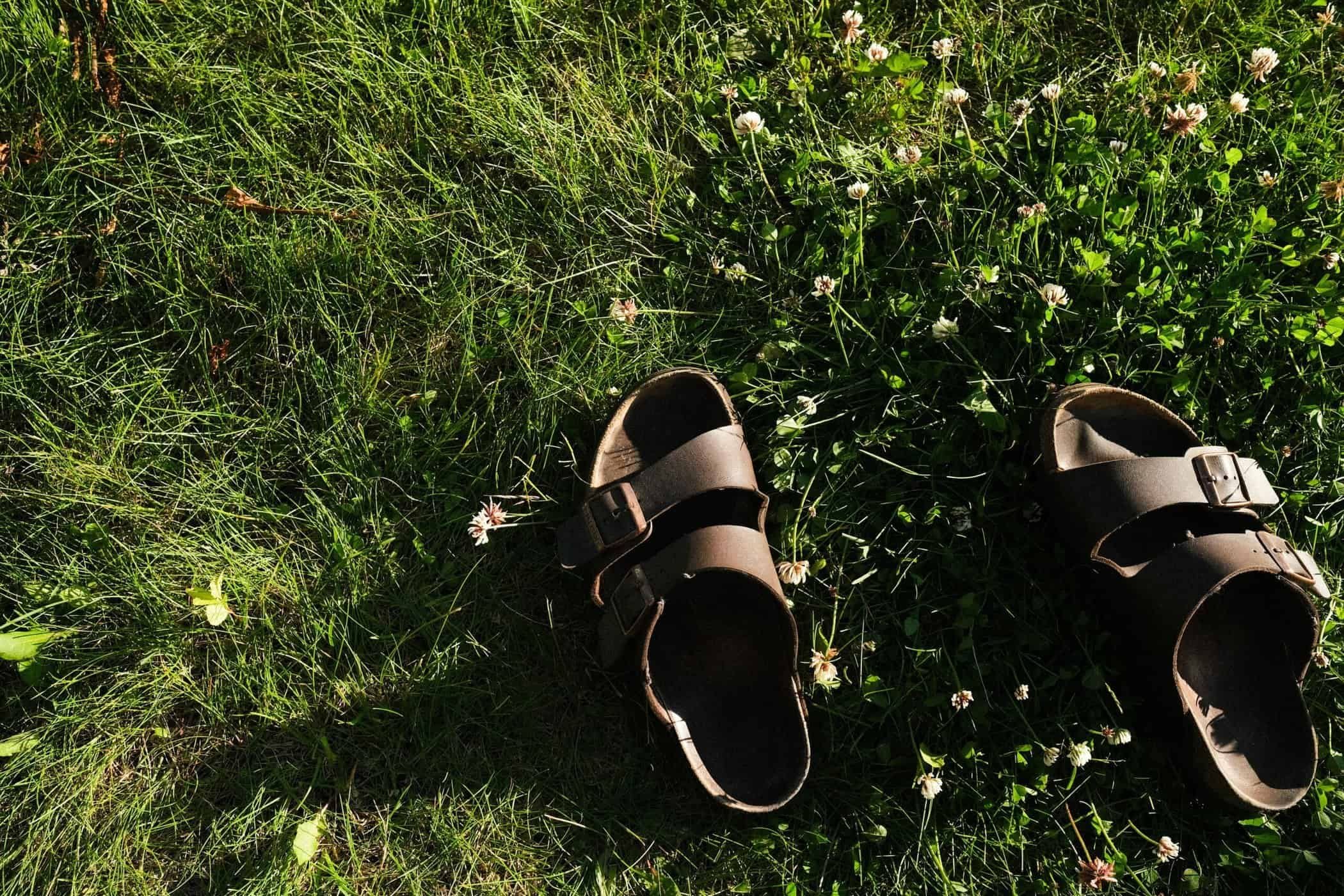 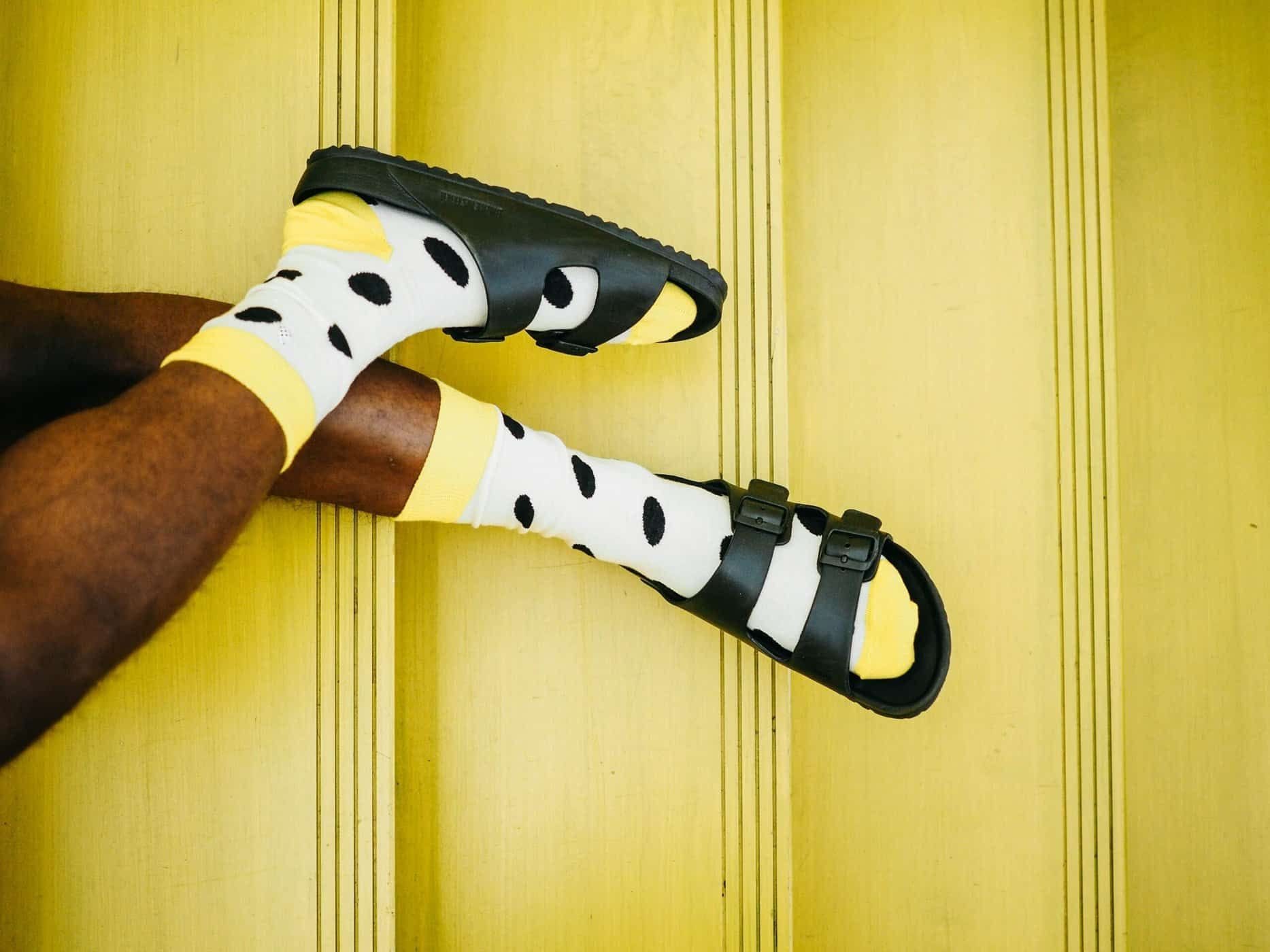 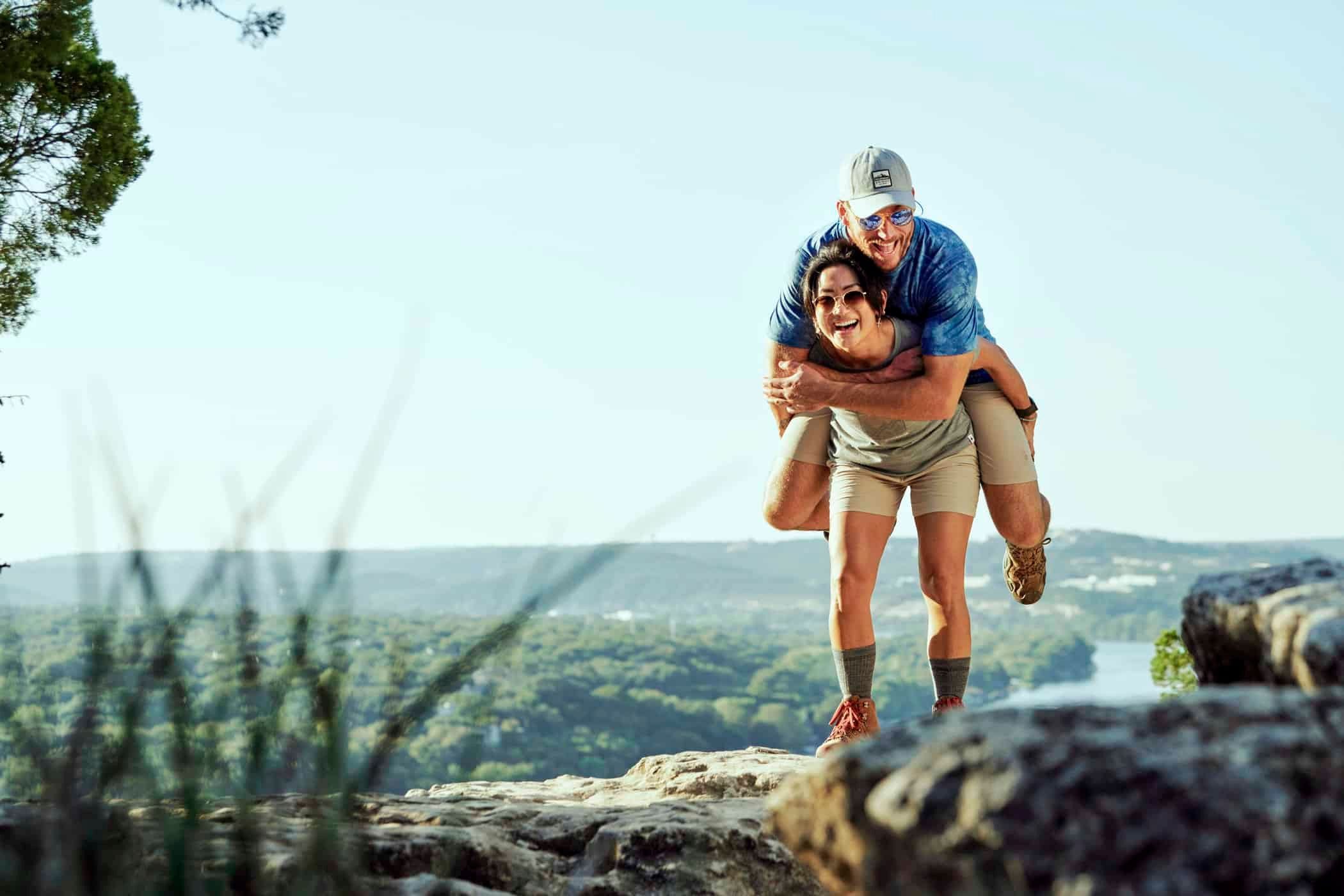