Jackets > What is Techwear: Apparel of the Future 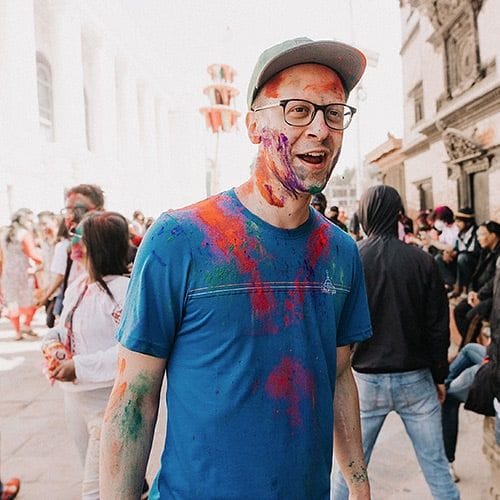 Jackets > What is Techwear: Apparel of the Future

What is techwear? It’s the abbreviated, stylized word for technical wear. It’s urban apparel that uses high-quality fabrics, and technical detailing to create a product that can stand up to the elements. It’s nothing new. Brands like The North Face and Patagonia have been making high-quality technical wear for years. You know that old, dorky-looking jacket that your dad wears to go hiking? The one with all those extra pockets made from something called GORE-TEX ? That’s just the predecessor to the high-end gear you see on the streets today. But urban techwear is much more than a cool, updated version of your dad’s jacket.

From head to toe, it’s an aesthetic that prioritizes functionality, through the use of ultra-durable weatherproof fabrics and features. It pairs sleek, seamless designs with a utilitarian approach and functionality. Its minimalist philosophy favours muted tones to bright colours. It’s the opposite of the loud aesthetics that define Gorpcore.

Techwear isn’t a single item of clothing – it’s a uniform. It’s the paramilitary look for our modern day battles with the elements. It’s a modern field jacket made with durable fabrics and plenty of storage.  Not a single drop of rain is meant to get in. It’s breathable, lightweight, and designed for those who move. Every detail is deliberate. 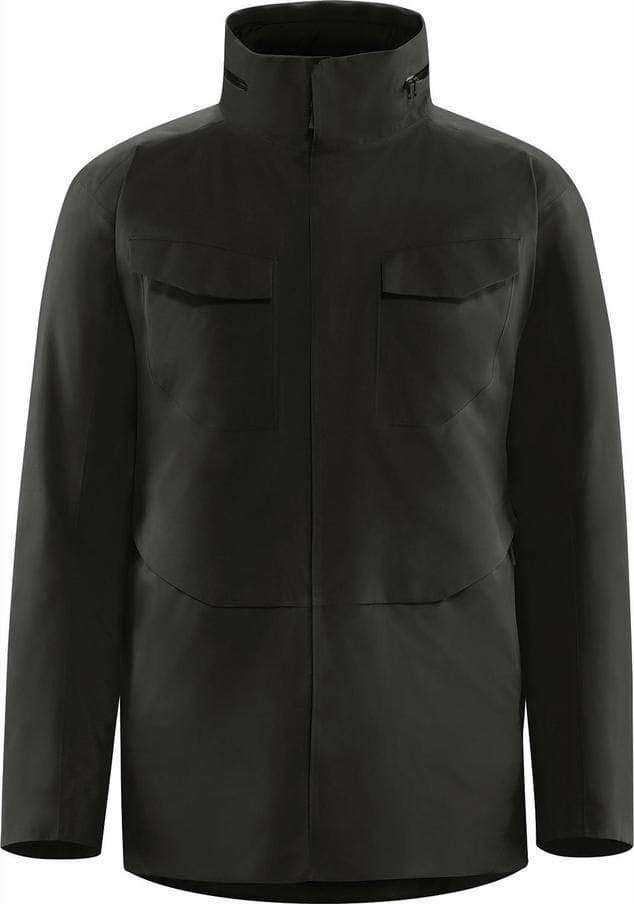 When it comes to techwear, the abbreviation could easily stand for technological wear. The combination of specialized fabrics and features with modern urban styles is what makes techwear so appealing. Brands like Icebreaker and Smartwool use merino wool to make everyday apparel because it’s ultra-lightweight, breathable, and moisture-wicking. It’s a natural fibre, but it has all the rugged properties required of techwear. The classic crew neck is a menswear essential, but when you replace cotton with merino wool you have style and functionality.

GORE-TEX is the technology most often associated with Techwear thanks to its durability, breathability, and waterproofness. Brands like Arc’teryx and Veilance use the latest high-end technology to create apparel that can stand up to the elements, and will often favour GORE-TEX.

Cheap techwear might be hard to find due to it’s reliance on high-quality fabrics, but a number of technical brands have developed their own materials and technologies that are equally capable of withstanding the elements at a more affordable cost. The North Face developed a technology called DRYVENT that offers the same breathable, waterproof protection, at a more affordable price point. Applied to the sleek look of the City Breeze Parka, you start to get a feel for what Techwear is – the optimization of our everyday clothing.

For the outdoor adventurer exploring the backcountry, hiking boots and a lightweight softshell are the way to go. The trendsetter might not pick the most practical outfit, but the look will get people talking. James Bond, with all of his gadgets and souped-up cars, is seen heading to the Scottish Highlands wearing Barbour. His ability to blend into his environment makes it possible to seamlessly go from wearing a suit to a rugged waxed cotton jacket.

It’s a question of blending aesthetics and functionality for the appropriate environment. Military camo gear has a function in the forest but worn in the city it becomes an aesthetic choice. A ski jacket is perfect for the slopes, but when you’re facing winter in the city, you want an insulated jacket the blends into its environment. Whatever the season, for those living in the city who want protection camouflaged in urban apparel, it’s techwear.

Denim is a wardrobe staple, but it’s not breathable and will get heavy when wet. Tailored dress pants look great with a suit jacket or on their own, but they can’t hold up to the wear and tear of a technical ascent. Dressing for the occasion is one thing, but adaptability is essential for urban explorers.

Veilance is one of the leading purveyors of techwear apparel, creating durable all-weather clothing with urban designs. The slim fit Indisce Pant is made from GORE-TEX but designed for the city thanks to its sleek minimalist look and articulated shape. The DWR finish of the Align MX Pant gives an extra layer of protection to the durable slim fit design that features taped seam construction and zippered thigh pockets.

BLACKYACK is another brand that’s taken everything they know about mountaineering technology and applied it to a sleek urban aesthetic. Like many techwear brands, they understand that the demands of modern life mean the monthly meeting is just as likely to happen in the boardroom as it is on an afternoon expedition. The Randall Pants offer the understated appearance of a dress pant, with intelligent seam design and Cordura stretch for enhanced range of motion.

Footwear is an essential part of the techwear uniform. A heavy duty hiking boot has its benefits, but in the city, it can slow you down. You want lightweight footwear that can take on the urban terrain. Brands like On and Hoka One One have studied the science of movement in an attempt to optimize running technology.

The feeling of running on a cloud combines with a futurist aesthetic and waterproof technology to create the Cloudflyer running shoe. The paramilitary look of the Sky Kaha features a durable Vibram sole and waterproof protection. They conform to a certain aesthetic, but they’re design and purpose is fully functional. It’s footwear built to move.

More than the technology it incorporates, techwear strives for sustainability in the form of clothing and gear that’s meant to last.  It’s the opposite of fast fashion and its reliance on trends. It’s well made and well designed. It’s clothing that can be maintained and treated for a longer life.  It’s a step in the right direction. 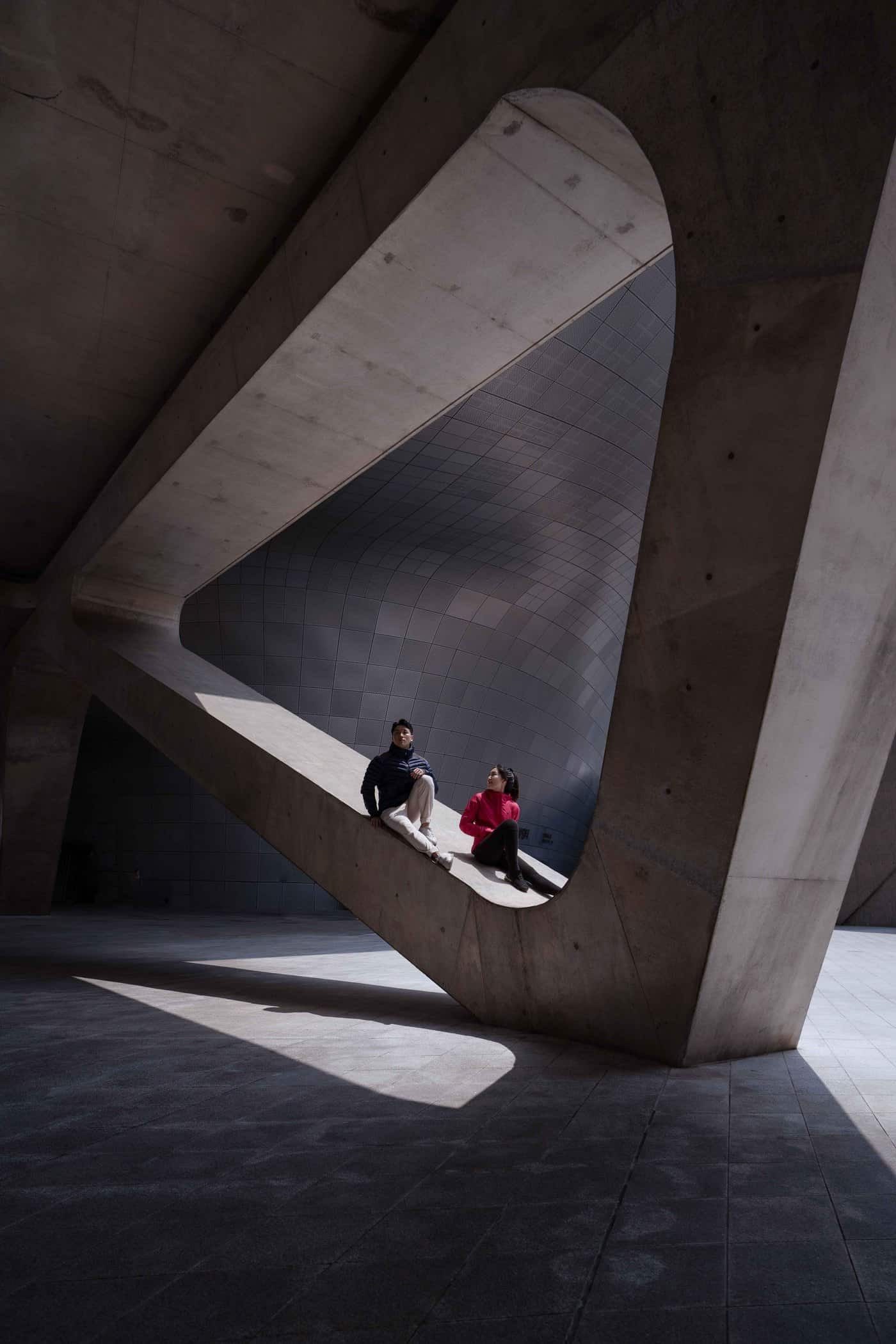 What the Future Holds

Our visions of the future are constantly changing. Urban techwear is a glimpse into the not-too-distant future where the aesthetics of cyberpunk and science-fiction meet the urban environment of modern life. The dream of flying cars has temporarily been put on hold while we figure out how to get them to drive for us.

The same applies to our gear. We don’t have jetpacks, but we do have backpacks and ultralight jackets that can hold up in torrential downpours. Techwear says we have the technology, so let’s apply it to the clothes we wear, without compromising function over fashion. It’s a vision of a pragmatic future that says ‘we can’t stop the rain from falling, but we can stay dry when it does.’